Irina originally joined the Auditor’s Office in 2007 and has rejoined it in 2020 after a four-year break, which she spent managing an Audit and IT-development teams in the private sector. She is a Certified Public Accountant and holds a Master’s of Business Administration from the University of Vermont. In her spare time she enjoys playing golf and travelling near and afar.

Judy joined the Office of the State Auditor in 2010. She has eight years audit experience working as a bank auditor at Connecticut River Bancorp in Charlestown, NH, and as senior internal auditor for Dartmouth College. She earned her bachelor's degree in accounting from Franklin Pierce College and an executive master's degree in business administration from the University of New Hampshire Whittemore School of Business and Economics. Judy is a certified internal auditor, a member of the Institute of Internal Auditors and she is certified in control self-assessment techniques. She has a grown son, Robert Jr., and enjoys arts and crafts, singing, gardening, and entertaining family and friends at her home in Springfield, VT, which she shares with Miss Kitty.

Diane joined the Auditor’s Office in 2016. She was previously an independent editor and translator of international financial, legal, and regulatory documents. She also brings 15 years of experience as a general business consultant in both the public and private sector. She holds an MBA from the University of North Carolina at Chapel Hill and a BA in Information Systems from Boston College. Diane lives in North Middlesex.

Vickie joined the Auditor’s Office in May 2022. Prior to moving to Vermont, she worked at the Colorado Office of the State Auditor in Denver, conducting government performance audits there for over 13 years. She received BS degrees in Political Science and English from the University of Wyoming, Laramie. Vickie currently lives in Williston with her husband, and enjoys hiking, road biking, and quilting.

Andrew joined the Auditor's Office in 2020. His audit experience includes two years for the University of Texas at Austin and eight years for the City of Austin. Andrew served in the Marine Corps for five years, including two tours in Iraq. He has a B.A. in Business Administration from California State University at San Bernardino, and lives in Montpelier with his wife and three children.

Jonathan joined the Office of the State Auditor in 2014.  He has been a governmental performance auditor since 2001.  Prior to joining the Office of the State Auditor, Jonathan, worked as an internal auditor for the Vermont National Guard.  He is also a combat veteran with overseas service in Afghanistan.  Jonathan received his B.S. in accounting from Castleton State College.  He lives with his wife in Jericho.

Linda joined the Auditor’s Office in 2005 after more than 20 years as an Information Technology and Financial Auditor at the U.S. Government Accountability Office (GAO). In her last position at GAO, she was an assistant director in charge of a variety of government-wide and agency-specific information technology audits. Linda holds a bachelor of science degree in management advisory services from Southern New Hampshire University and is a Certified Information Systems Auditor as well as a CPA.  She lives in Montpelier.

Matt joined the Office of the State Auditor in 2021. Prior to joining the Auditor’s Office, he was an Auditor at the City of Seattle Office of Inspector General for Public Safety. Prior to Seattle, he was a performance auditor for the Special Inspector General of Afghanistan Reconstruction. Matt received his M.A. in International Affairs from Boston University and his B.A. from Saint Michael’s College. He and his wife live in Morrisville.

Tanya joined the Auditor’s Office in 2006.  Prior to working at the Auditor’s Office, she was a Senior Manager with PricewaterhouseCoopers LLP in Boston, Mass. Tanya received her master's of business administration and master's of science in accounting degrees from Northeastern University and her bachelor of arts degree in political science from the University of Massachusetts, Amherst.   She lives in Williston with her husband Kevin and sons Tyler and Colby.

Wiktor joined the Auditor’s Office in October 2020, with 12 years of auditing experience. Previously, he worked at the U.S. Government Accountability Office in the area of national security acquisitions and contracting. Wiktor holds a bachelor's degree from Fairfield University and a master's degree in psychology with dual emphasis on research methods and counseling from Southern Connecticut State University. He lives in the Mad River Valley area with his wife and daughter.

Kathy joined the Auditor's Office in 2014. She is a native Vermonter, raised in South Burlington, Vermont.  Thinking that the grass was greener on the other side she moved to Petersburg, Virginia and purchased a house in the “historic district” hoping to revive depressed area steeped in civil war history.  During this time, she met many fine people doing the same thing.  After four years there she realized what a beautiful, incredible state Vermont is and was anxious to return.  Upon returning from Virginia, she moved to the Montpelier area and worked as an office manager for an in-patient residential facility in Plainfield, VT for twelve years.  In 2003 she started her career at the State of Vermont, working for the Department for Children and Families as part of the business office.  She currently lives in Waitsfield and has two lovely grown children, two beautiful granddaughters and one beautiful grandson.

Michele joined the Office of the State Auditor in 2011 upon her return to Vermont. After growing up in Essex Junction, she spent several years in Texas, earning a Master’s of Business Administration from St. Edward’s University in Austin, and starting her accounting career at the Texas State Auditor’s Office. In addition to the MBA, Michele is a Certified Public Accountant (CPA).  Michele lives in Barre City.

Hugh joined the State Auditor’s Office in 2008.  He previously worked in internal audit roles in the auto industry in Detroit and in the British government and health service. He graduated in natural sciences at Cambridge University and qualified as a Chartered Accountant with Price Waterhouse in London, and is also a Certified Internal Auditor. Hugh competed in biathlon at the Winter Olympics, and lives in Montpelier with his wife and two daughters. 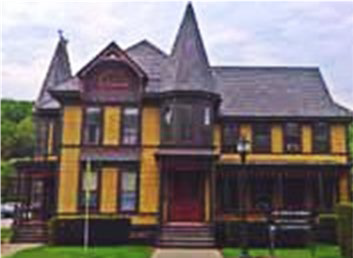